We are by nature a friendly faith family, and therefore it may not be easy for us to follow these guidelines as we come back together again. Some may even feel that these procedures are not at all necessary. We should all be aware, however, that the person in front of us or next to us may not feel as we do. At this time we need to be patient and understanding, for this is new territory for us all. So let us try our best to be respectful of one another, especially toward those who may feel insecure or afraid. It’s wonderful that we can come back to church for services once more, but let us do our best to follow these guidelines as a way that we can love one another.

Peace and blessings to all,

PERSONAL CARE KITS for LUTHERAN WORLD RELIEF are being collected and assembled by the Deborah Esther Circle.  These are the items that we need:

If you have any questions, please see Carol Skinner.

September is not a time when most of us think about Christmas, but it’s the right time to think about Operation Christmas Child. We’ll be filling shoe boxes with gifts to share the joy of Christmas with children of the world who may have never heard the name of Jesus before.

A display table has been set up in the Bethany Room to provide suggestions for donation ideas. Items will be accepted through September 22nd. Monetary donations are also welcome.

This year we are using preprinted boxes. We do not need any additional shoe boxes donated. This provides an option for someone to take one home, fill it, and return it. Filled boxes need to be returned by September 22 so an accurate count can be taken and shipping costs can be arranged. 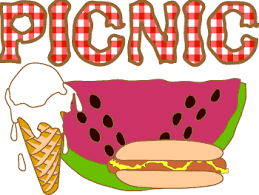 Everyone is invited to enjoy a church picnic after the service on August 25. Hot dogs and hamburgers will be served from the grill. If you wish, you are welcome to bring a covered dish for the buffet table (a side dish, salad, or dessert would be most appreciated). Please bring table service for yourself and your family.

Come to enjoy good food and friendship with your church family.

Students bring your backpacks for the backpack blessing! Actually, we bless the children and pray that they will have a happy, successful school year. Parents, please be sure to bring your students for this important milestone blessing. 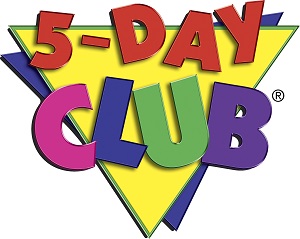 Your child is invited to attend a fun club for boys and girls, ages 3 to 14. 5-Day Clubs meet for two hours each day for five days. Clubs are sponsored by Child Evangelism Fellowship. All teachers and helpers have been screened to ensure your child’s protection. 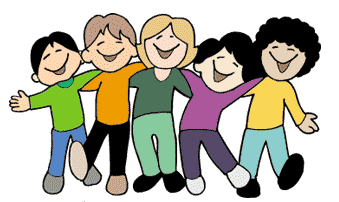 Hello, members and friends.  It’s time again for our July in-gathering of school supplies for Franke Park Elementary (our church’s Rising Stars school) and our own Matthew’s House Preschool.  Supplies lists are on the table in Bethany Hall.  We will pack up the supplies after worship on August 4th.

Last year we provided 27 school bags with supplies for Franke Park and five heaping shopping bags of supplies for Matthew’s House Preschool.  What a blessing that was for all the children!

Hello, everyone.  Hope you are enjoying this beautiful summer morning.

If you are willing to help in any way on one or more days, please e-mail me, text or call me, or sign up at church.

Four new members of the Church Council were installed at our Service last Sunday: They include Dan Hoffman, who was appointed by the Council to fill Anthony Kiefer’s term (Anthony had to resign because of his temporary relocation to Muncie). Also installed were Heidi Rudolph, Theodore Mowery, and Ron Werskey, who were elected at the Annual Congregational Meeting in January.

Thank you to those who have completed their terms on Church Council: Connor Becker, Douglas Wellman, and Bill Zurbrugg. We truly appreciate their years of service.

Church members, please know that you are welcome to use the church facilities for your personal/family events. We ask that you take responsibility for leaving the space clean and orderly. Chris Meihls, our church sexton, is now the go-to person for reserving a room. Please contact Chris for additional information.